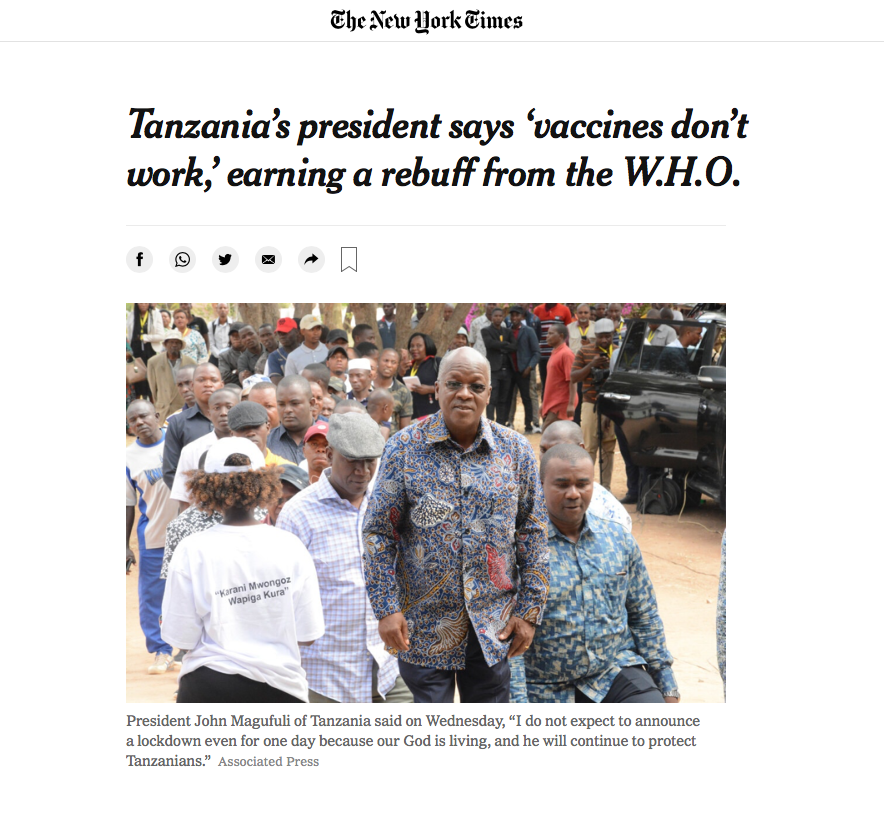 “Tanzania’s president cast doubt on coronavirus vaccines and other measures to curb the spread of the pandemic, doubling down on his line of reasoning that only God could protect the East African nation. His comments came a day before the World Health Organization urged the nation to take measures to protect its population.

President John Magufuli of Tanzania, speaking to a large, unmasked crowd in the country’s northwest on Wednesday, questioned the efficacy of vaccines and discouraged the Ministry of Health from pursuing doses, saying the shots were not “beneficial” to the East African nation.